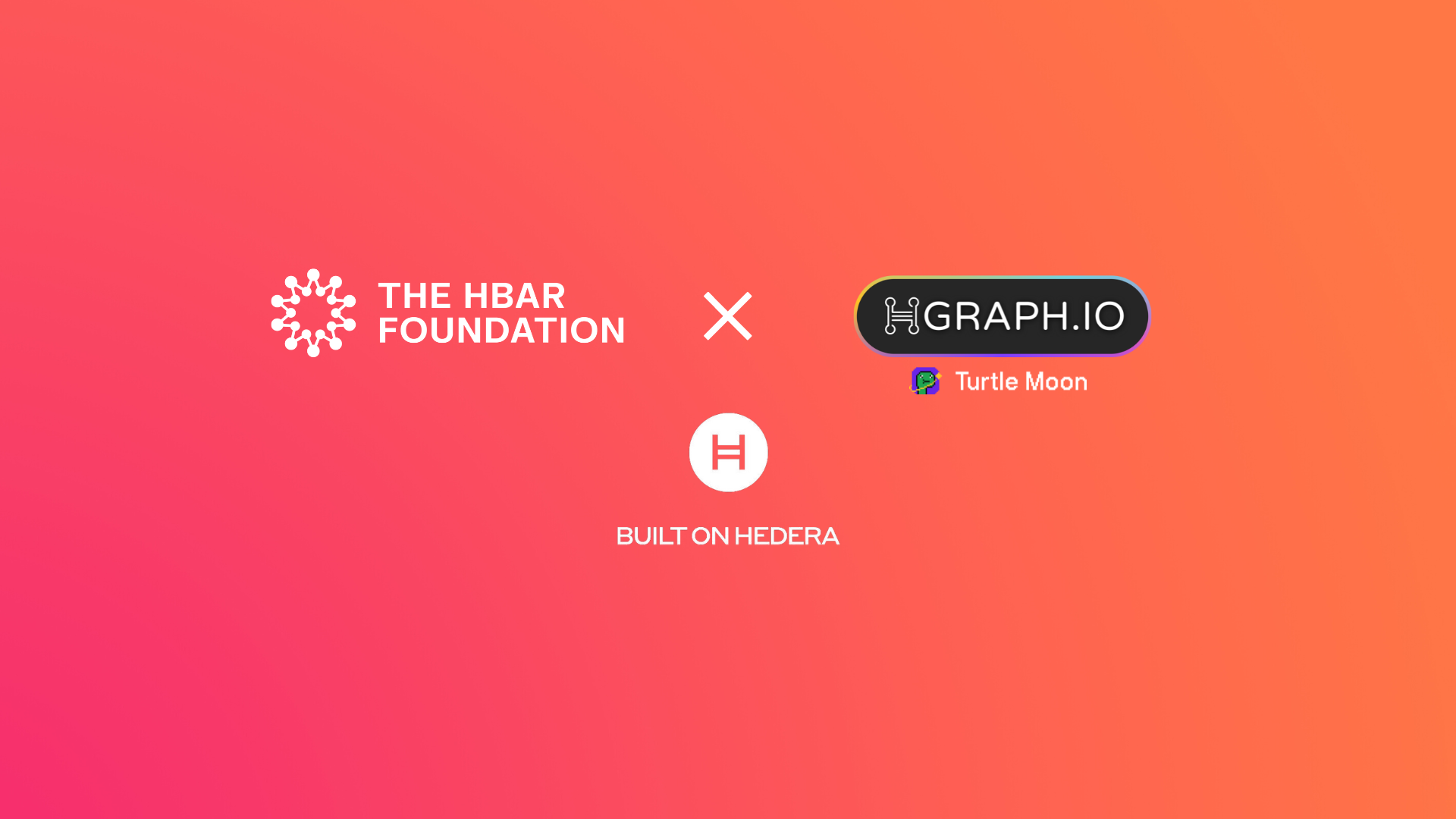 Hgraph.io enables developers to quickly read and subscribe to complex data sets on the Hedera Network & easily unlock insights and actions not possible through other means.

Hgraph.io solves cumbersome API issues on the Hedera network through the use of GraphQL, a query language for APIs. Built for a global audience with a broad set of use cases, Hgraph.io reduces multiple API calls to a single call that returns only the desired data in the desired format. It enables developers to easily query complex aggregate data and create simple subscriptions to unique data sets with lightning-fast response times.

GraphQL allows developers to query and subscribe to diverse datasets, while receiving only the data needed from the event sent back to your application, thereby streamlining the developer experience. One example of a dataset that is better aggregated using GraphQL is the total volume of HBAR spent on an NFT collection. A stat commonly featured on NFT platforms, it typically requires 2 calls for every transaction to query the HBAR spent per 1 NFT when using the REST API.

When a collection has 10,000 + transactions, it takes a long time to get this data off the Hedera Network. With Hgraph.io, understanding the HBAR spent on an entire NFT collection takes just one query, executed in 3 seconds.

Turtle Moon Launchpad’s NFT collections leverage the power of GraphQL. Collection statistics, like those shown below for HGraph Punks, are pulled directly from Hedera mainnet as soon as the page is launched, taking only around 4 seconds to load fully. This flexibility to get multiple massive aggregate data points in real-time will empower developers to implement new and diverse experiences for users across the ecosystem.

This succinct method of getting events from the network allows developers to concentrate on the logic they want to implement and not how to get the needed data from the Hedera network.

In addition to its speed, Hgraph.io allows developers to build products in a user-friendly way. Hgraph.io’s subscribe functionality enables projects to auto-airdrop an HTS token to accounts immediately upon token association. The simplicity of GraphQL could even allow for that same project to create more complex conditions for the airdrop, such as requiring participants to also hold other NFTs.

‍“Turtlemoon’s productization of GraphQL makes Hgraph.io a powerful tool for developers to focus on their intended logic around token ownership, rather than spending time calling data from Hedera.” Said Alex Russman, VP & Head of Metaverse Fund, “By removing a friction point for the developer experience, Hgraph.io enables developers to build better products that meet the ever-growing Hedera community..”

TMCC CEO Patches said “Anything that can be built on Hedera can be improved with Hgraph.io. Developers who use it can leverage the high-throughput, low fees, and transaction speed of the Hedera public ledger and the expressiveness and efficiency of GraphQL style access. Hgraph.io is useful for any Hedera-based project.”

Turtle Moon Command Center has created and deployed a multitude of software and projects that have helped the growth of the Hedera distributed ledger platform, including mass minting tools, an NFT marketplace, and multiple NFT tools & services. For more information, visit https://turtlemoon.io.

About The HBAR Foundation

The HBAR Foundation supports the creation of Web3 communities built on the Hedera network, by empowering and funding the builders developing these communities. The Foundation’s six funds - focused on the Crypto Economy, Metaverse, Sustainability, Fintech, Privacy, and Female Founders - each support communities within those areas, and the interconnectedness enables applications to participate as part of a larger ecosystem. The collective power of these funds enables entrepreneurs, developers, and enterprises of all sizes to tackle some of the world’s largest problems, and create and control their own economies, all built on the Hedera public network. Whether you’re building something new or migrating an existing EVM-based application and community, the HBAR Foundation is here to support you. For additional information, please visit https://hbarfoundation.org/.