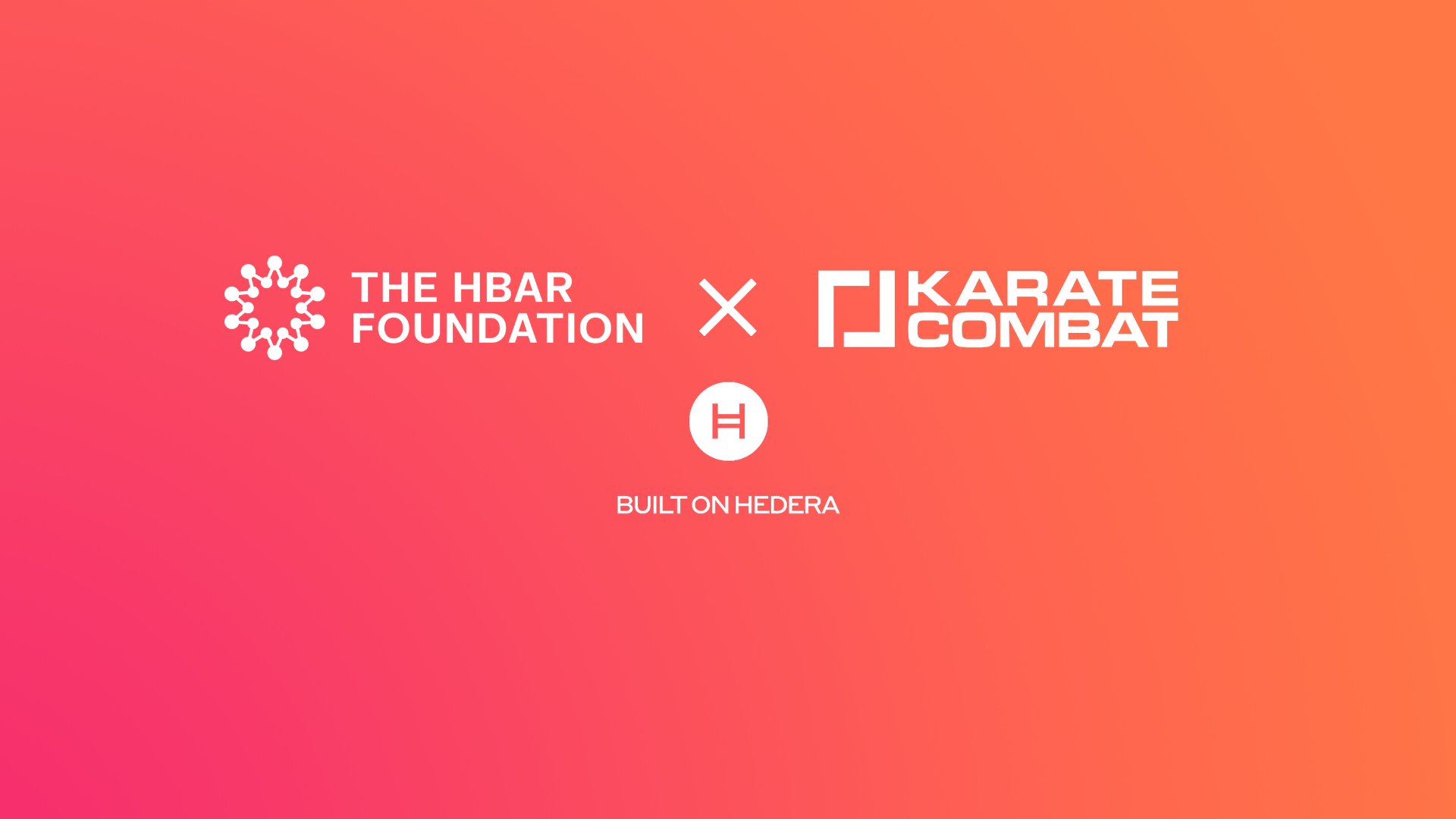 Road Town, BVI - (September 28, 2022) - Karate Combat, the world’s premier full-contact striking league, today announced it will become the first sports league to transition its governance to its fans and athletes by forming a Decentralized Autonomous Organization (DAO) in December 2022.

Since debuting publicly in 2018, Karate Combat has become one of the world’s fastest growing sports franchises. It has television broadcast distribution in more than 100 countries through partnerships with leading media properties including CBS Sports, Globo, Eurosport, BeIN Sports and ESPN Deportes. Additionally, Karate Combat events are simultaneously streamed for free on the top global platforms including Facebook, YouTube, Twitter and TikTok.

“From inception, Karate Combat has pioneered new concepts in sports entertainment – from our signature fighting pit to our groundbreaking virtual production utilizing Unreal Engine,” said Adam Kovacs, Karate Combat President. “The sporting world must evolve to increase engagement with a new generation of fans who have grown up on social media and digital gaming. They expect to be active participants in the action, rather than passive viewers. When the DAO launches, Karate Combat fans and fighters will participate in governance, which will provide unmatched levels of interaction and engagement at all levels of our community.”

The DAO launch is part of Karate Combat’s landmark, three-year sponsorship agreement with The HBAR Foundation, an organization fueling the development of the Hedera ecosystem. Hedera’s landmark sponsorship kicked off in May of 2022 as part of the league’s “Season 4” programming. The league has previously formed partnerships with SushiSwap and Epic Games Unreal Engine, which power’s Karate Combat’s unique blend of live action and immersive CGI environments.

“Karate Combat’s large and rapidly growing fanbase will bring a number of new users to the Hedera network, all of whom will benefit from the network’s fixed low cost transactions, real-time settlement, high standards of security, and unrivaled sustainability. In expanding the reach of Hedera to new groups, our aim is to onboard use cases with tangible, real-world impact for end-users. Karate Combat’s application of Web3 tools provides exactly that,” said Shayne Higdon, Co-Founder & CEO at The HBAR Foundation.

Karate Combat will give away half of the $KARATE governance tokens over time to its community through an airdrop on the Hedera blockchain. The airdrop will coincide with the launch of the Karate Combat mobile app, which will enable fans to seamlessly claim their tokens and participate in the league’s no-loss gaming application called ‘Up Only Gaming.’ No purchase will be necessary for fans to download the league’s applications, or to claim $KARATE tokens.

In sports gambling, participants stake bets with their capital and incur potential losses. In contrast, Karate Combat token holders will be rewarded with extra $KARATE tokens for successfully predicting Karate Combat winners, but will not incur losses for incorrect picks.

Earlier this year, the league was sold to Sensei Foundation, a Cayman Islands Foundation Company, and a subsidiary of Sensei Foundation BVI, a purpose trust established in the British Virgin Islands to promote the league and the sport of karate. The league is committed to an open decentralization model that will feature unprecedented transparency, fan control over intellectual property, and developer incentives to foster a broad and emergent Karate Combat Universe, built by the community.

Karate Combat fans can read the league’s draft whitepaper and join the app and airdrop waitlist at karate.com/airdrop.

The league’s next event, Karate Combat 36, will take place October 29, 2022, live from Backlot of Universal Studios in Orlando, Florida. Tickets are on sale now at www.karate.com/tickets.

Karate Combat is the world’s premier striking league and the first sports league to be structured as a DAO. The league is also the only global leader to blend live-action sports with immersive CGI environments powered by the Epic Games Unreal gaming engine. World champions and olympic medalists from around the world compete in eight different weight divisions in pursuit of Karate Combat World Championship belts and will participate in token-based governance. Karate Combat is owned by the Sensei Foundation, a Cayman Islands Foundation Company, and a subsidiary of Sensei Foundation BVI, a purpose trust established in the British Virgin Islands to promote the league and the sport of karate. For more information, please visit www.Karate.com

About The HBAR Foundation

The HBAR Foundation supports the creation of Web3 communities built on the Hedera network, by empowering and funding the builders developing these communities. The Foundation’s six funds - focused on the Crypto Economy, Metaverse, Sustainability, Fintech, Privacy, and Female Founders - each support communities within those areas, and the interconnectedness enables applications to participate as part of a larger ecosystem. The collective power of these funds enables entrepreneurs, developers, and enterprises of all sizes to tackle some of the world’s largest problems, and create and control their own economies, all built on the Hedera public network. Whether you’re building something new or migrating an existing EVM-based application and community, the HBAR Foundation is here to support you. For additional information, please visit https://hbarfoundation.org/. To apply for a grant from the foundation, please visit https://www.hbarfoundation.org/apply or follow the Foundation on Twitter @HBAR_foundation.