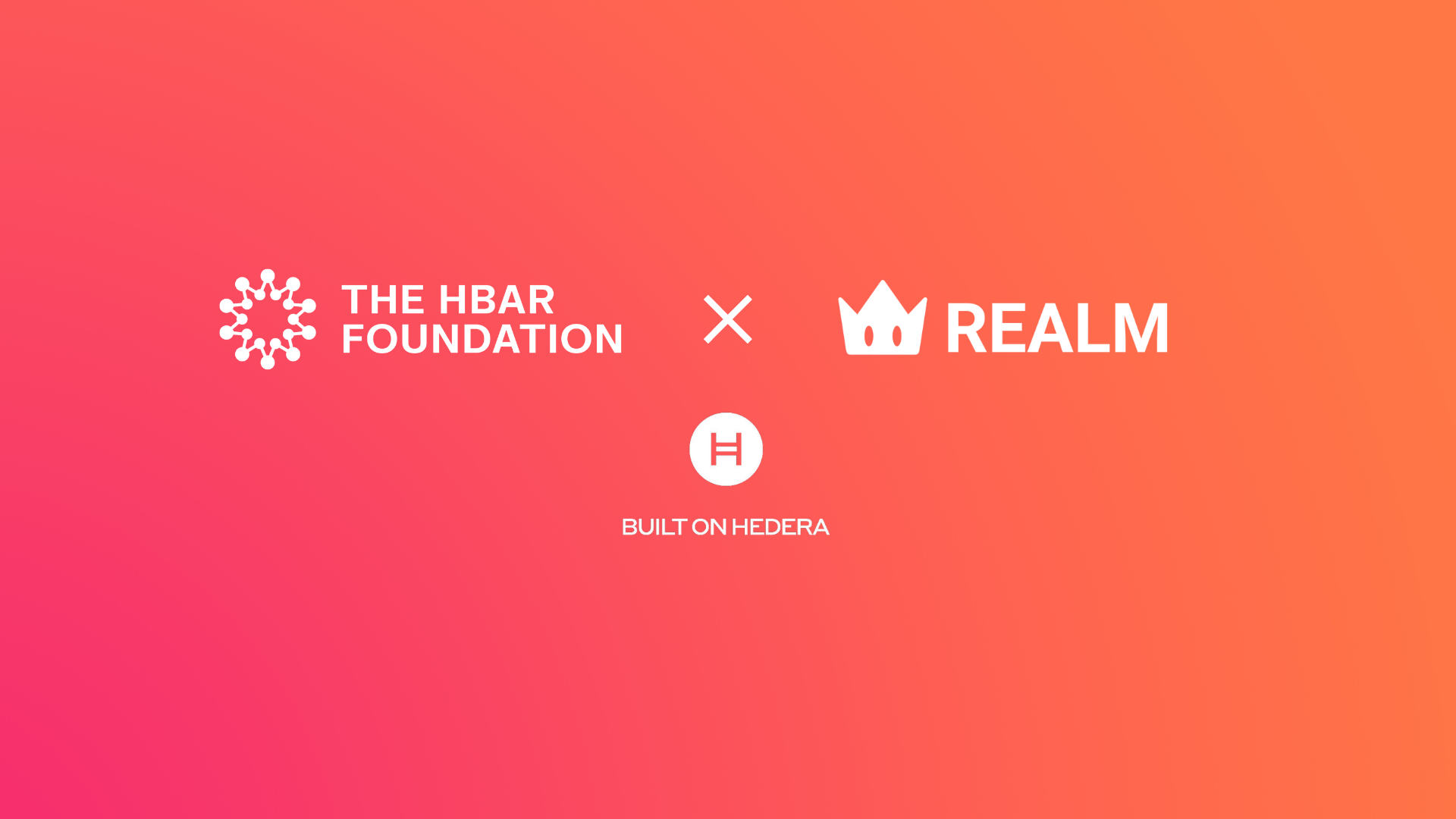 Realm delivers a new type of experience for competitors of all skill levels, with verifiability powered by the Hedera Consensus Service.

Calgary, Alberta, CANADA - November 8, 2022 - A new competition has arrived in Apex Legends. Today, Realm, a new automated esports platform from Eric Faust (Co Founder of Realm) and, Laura Wilson (Co Founder of Realm), John Chase (Ex-Amazon, Abe Books) Carter Smith (Former Circus, acquired by Realm) and Ken McGaffey (Former owner of Third Impact Esports, Ex DARPA and Meta) is launching in Apex Legends, with over $150,000 in prize money offered in its first season. Realm will kick off its inaugural season in the EMEA region this month, expanding to North America in Season 2, which kicks off in February 2023. Realm is one of the first platforms where pro and semi-pro players alike can engage in a competitive experience.

“Right now, esports is essentially focused on the top .01% of players. Players of lower skill levels don’t get a chance to experience competitive tournaments or places where they can compete to improve their skill. We want to change that,” says Eric Faust, CEO. The biggest prizes will still be awarded at the pro level, but there will be multiple other tiers for players of different skill levels to compete in. Aspiring players will also get the chance to continually level up to get to those upper echelons through Realms rating system. Imagine a ranked service where instead of earning badges, you’re competing for cash”

Realm empowers aspiring professional players to get discovered. Professional gamers are able to showcase their skills in hopes of getting signed to a professional esport team. Realm is built on the Hedera public distributed ledger, and leverages the Hedera Consensus Service (HCS) to keep immutable records of events. For professional esports players, this provides a verifiable profile full of deep data insights from every match they play in, enabling prospective teams and coaches to get a full picture of the players skill set. Realm makes this data queryable so teams, coaches, and fans can use it to create statistical models. Players have the option to make their esports data shown publicly on their profile, or hide it so it’s not publicly accessible.

Realm isn’t a tournament, but rather a platform where players can queue up at any time (outside of when ALGS is live) in private competitive matches. Modeled after similar systems in Counter Strike like ESEA. Players get a rating based on the matches they compete in. That rating is used for players to compete against players of similar skill level. At the end of each season, players are then seeded into a ranked division based on their rating where they compete in a tournament setting to earn prizing.

“Hedera makes it possible, for the first time, for players to demonstrate, verify, and share at their choosing their gaming accomplishments,” said Shayne Higdon, CEO of the HBAR Foundation, helping to drive the Hedera ecosystem. “Realm’s new offering for EA’s Apex Legends is the beginning of a transformation. Running on the Hedera public ledger will enable gamers to showcase, verify, and capitalize on their skills as never before.”

To sign up to compete on Realm go to https://therealm.gg/

About the HBAR Foundation

The HBAR Foundation supports the creation of Web3 communities built on the Hedera network, by empowering and funding the builders developing these communities. The Foundation’s six funds - focused on the Crypto Economy, Metaverse, Sustainability, Fintech, Privacy, and Female Founders - each support communities within those areas, and the interconnectedness enables applications to participate as part of a larger ecosystem. The collective power of these funds enables entrepreneurs, developers, and enterprises of all sizes to tackle some of the world’s largest problems, and create and control their own economies, all built on the Hedera public network. Whether you’re building something new or migrating an existing EVM-based application and community, the HBAR Foundation is here to support you. For additional information, please visit https://hbarfoundation.org/.

Realm Technologies is a leading provider of digital infrastructure in the online esports and gaming space. Realm, the companies esports platform, empowers gamers to compete to earn prizing at every skill level while gaining the skills to become a professional esports player.