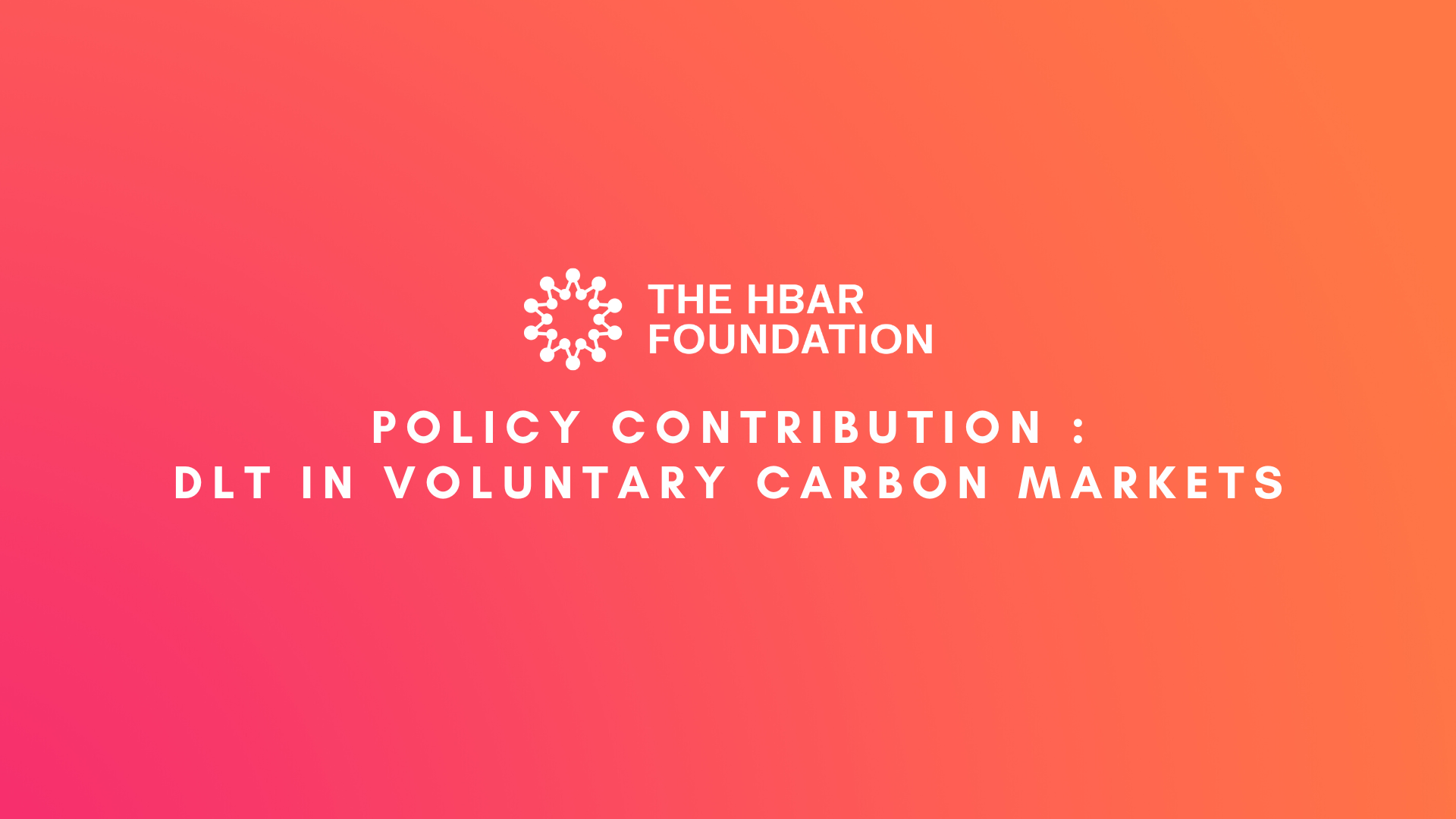 Accelerating the Voluntary Carbon Markets with DLT: The SIF Engages with Major Offset Registries to Set Standards for Carbon Tokenization

From November 6-18, representatives from nearly 200 nations will gather in Sharm El-Sheikh for the 27th Conference of the Parties (COP27) of the United Nations Framework Convention on Climate Change (UNFCCC). Their task has never looked more daunting. According to a grim new multi-agency report coordinated by the World Meteorological Organization (WMO), greenhouse gas (GHG) levels have continued to rise sharply following a pandemic-induced pause. The last seven years were the hottest in recorded history. Extreme storms, heatwaves, and water-related disasters are increasing in frequency and severity all over the world. We are dangerously close to a tipping point. But only about 13% of countries that pledged to increase climate mitigation at COP26 have followed through. We can no longer rely on governments alone. To avert the worst impacts of climate change, the world needs innovative new tools – and regenerative finance (ReFi) is actively building them.

Voluntary carbon markets (VCMs) may be one of the world’s best policy strategies to hasten climate change mitigation by redirecting capital flows toward rapid and efficient decarbonization activities. Until recently, however, shortcomings in transparency, credibility, liquidity, and uptake have prevented them from scaling. But now, advances in distributed ledger technology (DLT) amplified by powerful new open-source digital infrastructure tools (including digital Measurement, Reporting, and Verification systems, or dMRV) are poised to remove these blockers. To spread the word, earlier this month The HBAR Foundation (THF), through its Sustainable Impact Fund (SIF) began a program of close engagement with Verra and Gold Standard, the standard-setting NGOs that verify and register the lion’s share of the world’s voluntary carbon offsets, including carbon reduction and carbon removal credits. In two detailed policy commentaries – one of which, our submission to Verra, was joined by a broad industry coalition of 24 other climate-forward ReFi platforms – we made a strong case for enabling tokenization of carbon credits issued by and stored on the Verra (VCUs) and Gold Standard (VERs) registries.

The policy viewpoints of each coalition member differed on a range of important particulars. Crypto is a fiercely independent, decentralized community. But all companies were nevertheless firmly unified behind a shared conviction that using DLT to make and trade digital representations of Verra and Gold Standard credits, against the backdrop of robust dMRV embedded from Day One, is our best hope for healthier, more active VCMs, defined by increased liquidity, secure and transparent verified data, fair and discoverable pricing, high environmental integrity (i.e., where double counting is avoided and monitoring for reversals enhanced), robust fraud detection and deterrence, improved settlement times, lower transactions costs, and enablement of comprehensive auditability at both the asset and project levels.

Here are some of our specific recommendations for bringing this about:

Our full comments may be viewed here.

We believe that using DLT and robust dMRV to digitize VCMs and enable auditability tokenized credits against the backdrop of these kinds of focused, narrowly tailored, pro-innovation safeguards will be an essential gateway towards realizing the SIF’s five strategic goals:

We invite you to join us as we achieve them together.